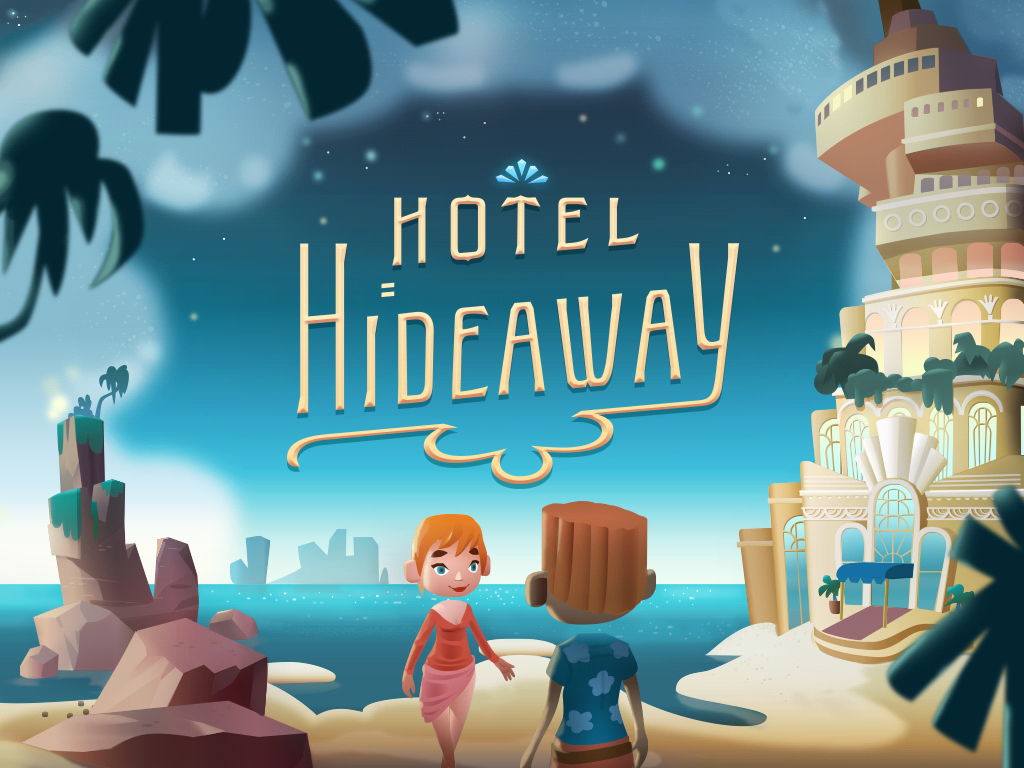 The beginnings of Hotel Hideaway

Hotel Hideaway also had to start small and was not what it is nowadays. Everything started in 2014: in the Finnish Habbo Hotel, several users were selected for a beta program. In order to be able to participate, they had to sign a non-disclosure agreement (NDA) and shortly afterwards they received an iPad, which had the Hotel Hideaway Beta installed on the device. At this point there were already two public spaces: The Oasis lobby and the Beach. The Oasis Lobby looked quite different back then, however, and has been redesigned severtal times over the years − it’s also the public space newbies visit first. The UI (user interface) was also very different in the first version. It was still not quite sure what design the game will have for the final release.

Here are some screenshots from that era:

In the following years, it became increasingly clear which style Hotel Hideaway would go in. The dcision was made for a more serious look and a simple user interface, through which further functions could be added without major changes. Many of the features such as the recycler and the sticker book were already implemented to the game at this time.

Fun Fact: Before 2017 there was no way to design the head of an avatar, which is why everyone had the same face at that time.

Until 2018, only a few people knew that Sulake was the company behind Hotel Hideaway. Before that, they hid behind a front company called Planetmedia Oy. Later, when they revealed their true identity, a small action was planned. Habbo players from all over the world were able to link their Habbo ID to their Hotel Hideaway avatar und received exclusive items. Habbo players received a Cookie Jar and a Vortex T-shirt. Hotel Hideaway players received a paper bag and a duck T-shirt. At the moment it’s no longer possible to get these items.

At the end of 2017, a promotional video appeared on the official YouTube channel, which had reached 5.2 million views at the time this entry was written. It shows a female character who leads you through the hotel and makes a friend on the way. The animations are smooth, the lightning effects are amazing and the music (which is asked about a lot in the comments) makes it all even more entertaining. But why does this video have so many views?

2018 was the year in which other languages were offered for the first time in Hotel Hideaway. At the beginning there were only four languages and later they included more and more. The people became aware of the game through free-2-play apps (free apps financed by advertising) in which the Hotel Hideaway promotional video was displayed. Hotel Hideaway became known in Asia through goGame and is now known for the worldwide success.